Legal-Bay is an industry leader in product liability lawsuit settlement funding, and we proudly offer hip replacement lawsuit funding. Legal-Bay has not only accepted hundreds of applications on defective hip recall products, but also cases on products they believe will be recalled in months to come. Stryker, Wright, and BioMet are three hip implant manufacturers involved in litigations that Legal-Bay is actively funding for their clients to obtain hip replacement settlements. 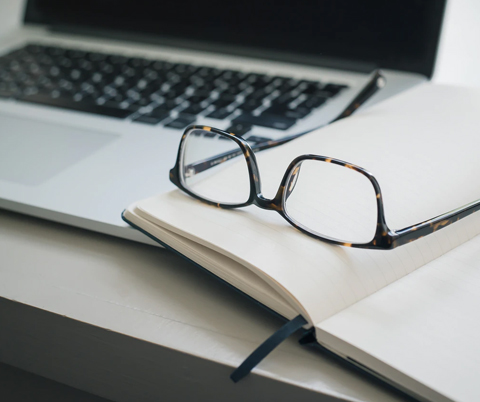 Stryker issued a recall in July 2012 on two of their “metal on metal” devices: The Stryker Rejuvenate and the ABG II modular-neck hip stems. Legal-Bay is now also funding Stryker’s Accolade hip model. The products are known to cause toxic debris to enter into the bloodstream and cause numerous side effects. The side effects include, but are not limited to: inflammation, swelling, tissue damage, and metal blood poisoning. Patients who have experienced some or all of the above symptoms are typically advised by their medical advisors to get a revision surgery to remove the defective device. Revision surgeries can be very painful and are the potential subject of large damages to be paid by the hip manufacturer.

There are approximately 20K Stryker hip devices that are subject to the recall in the U.S. alone. Initial studies showed that the Stryker hips that were recalled were defaulting at a rate of approximately 15%, which is higher than the industry standard. However, Legal-Bay – a plaintiff advocate firm for mass tort cases – has been told by sources involved in the litigation that new reports on the Stryker ABG II, Accolade, and Rejuvenate Hips could become defective in up to 50% of the implants in five years. This alarming rate could result in over 5K Stryker lawsuits to be filed before the litigation is concluded. Legal-Bay believes that defective Stryker hips causing metallosis, and leading to a revision surgery, could result in settlement awards up to $500K for the individual involved.

Stryker Corporation has agreed to pay $1.43 billion to settle thousands of hip implant lawsuits filed against them. The Stryker hip lawsuit settlement was announced November 3rd, 2014, both in the Bergen County courthouse before Superior Court Judge Brian Martinotti and in the U.S. District Court in St. Paul, Minnesota. The Stryker hip replacement lawsuit settlement amounts are expected to deliver awards in the amounts of $10K to $600K for serious complications. Those who have received the devices in question, the Stryker Rejuvenate and ABG II hip replacement devices, and consequently had them removed, are eligible to participate in the settlement; however, those who sued prior to device failure without replacement surgery before November 3rd are not qualified to participate in the settlement at this time. According to lawyers close to the situations, it is expected that individuals with revisions after November 3rd, 2014 “could be covered in a future round of negotiations.”

If you have an active lawsuit involving a Stryker hip recall lawsuit listed above and would like to obtain up to $50K in funding on your case today, fill out the application on the upper left side of this page and an experienced hip funding agent will call you promptly to discuss your case. If you prefer, you may call Legal-Bay’s toll-free hotline at: 866.792.0234 where live agents are always available.

If you do not have a lawyer yet, but believe you may have a valid lawsuit claim against Stryker, Legal-Bay can also assist you with obtaining a free consultation with a top mass tort firm that is active in the Stryker litigation. Simply fill out the application above or call Legal-Bay’s toll-free number at: 866.792.0234. Time to file a claim is limited, so it is important to act quickly.

In 2010 Johnson & Johnson, the parent of the DePuy ASR hip implant, announced a recall of the defective hip implant system. The recall has now produced approximately 15,000 lawsuits to date with many more expected to come in the upcoming months and years. The lawsuits generally claim that the product caused the following to the plaintiffs: pain, swelling, inflammation, infection, damage to surrounding bone and tissue, and metallosis (chromium and cobalt metal poisoning).

Bloomberg is reporting that over 37,000 DePuy Hip Implants were sold in the U.S. and experts expect that 12-13% will fail within the first 5 years. However, healthcare experts are now saying that the device could have up to a 50% failure rate within the first 6 years. Johnson & Johnson announced in January 2010 that they had set aside $912 million to settle impending DePuy lawsuits, and has reserved additional funds to begin to resolve the entire litigation.

In late 2013, Johnson & Johnson’s DePuy hip division reached the largest product liability lawsuit settlement in U.S. history, agreeing to settle approximately 7,000 hip lawsuit claims at approximately $250K per case. The landmark settlement marks the beginning of the end of the ASR litigation and when all is said and done, it could cost DePuy close to $4 billion, according to Bloomberg News. The settlement is expected to be approved in 2014 and payments are expected to be disbursed to plaintiffs that qualify for the settlement in late 2014 or 2015, depending on their personal case file.

Although the ASR Settlement was reached for approximately 7K claims, with another reported 1K cases about to be settled for a base award of $250K per case, this leaves 25% of the cases still pending, which means there is still time for ASR claims to be filed in many jurisdictions. Pinnacle hip cases remain unresolved, and DePuy has been victorious in its first trial, in which the plaintiff walked away with no award. More than 6,500 Pinnacle claims remain pending and, according to legal experts, they are expected to drag on for the foreseeable future.

Pinnacle Hip Still on the Market

Plaintiffs involved in a DePuy Pinnacle hip litigation are not expected to get financial relief in the near future, as DePuy continues to market this hip product. DePuy and Johnson & Johnson refuse to recall the Pinnacle Hip even though the metal-on-metal components are similar to the ASR hip. The litigation is expected to drag on for many years. However, Pinnacle hip victims who have clear signs of metal poisoning, metallosis, and have had either a revision surgery or need a revision surgery should speak with an attorney immediately. Legal-Bay can help you with finding a Pinnacle hip law firm. If you already have an attorney, and need lawsuit funding on either your Pinnacle or ASR Hip, Legal-Bay can also help you.

Johnson & Johnson and its DePuy unit were hit with a $500 million jury verdict over its Pinnacle metal-on-metal hip implants. After two months of trial, a Texas federal jury found that “the Pinnacle hips were defectively designed, and that the companies failed to warn the public about their risks.” Now, J&J and its DePuy unit must pay $500 million to five plaintiffs who were injured by the Pinnacle metal-on-metal hip implants. There are still approximately 8,000 cases pending in federal court over the Pinnacle devices The metal-on-metal components of the Pinnacle Hip are similar to the ASR hip. The litigation is expected to drag on for many years. However, Pinnacle hip victims who have clear signs of metal poisoning, metallosis, and have had either a revision surgery or need a revision surgery should speak with an attorney immediately. Legal-Bay can help you with finding a Pinnacle hip law firm. If you already have an attorney, and need lawsuit funding on either your Pinnacle or ASR Hip, Legal-Bay can also help you.

Wright Profemur Hip Replacement devices were initially under scrutiny by the Western District of Tennessee’s Attorney Office due to concerns regarding complications associated with the Wright Profemur modular-neck systems. Legal-Bay believes due to the recent recalls of the DePuy and Stryker Hip implants, the subpoena request will lead to many lawsuits being filed against Wright, and possibly a recall down the road. The Wright system has had an 11% failure rate in just three years, according to an Australian National Report.

A $4.5 million verdict was reached against Wright Medical Technology Inc. over their Profemur R hip implant. Jurors in Los Angeles County Superior Court found that Wright’s Profemur R was not defective in its design, however, it was defective in its manufacturing.

Wright Medical Technology Inc. currently faces more than 1,000 lawsuits over their hip implants. The majority of the cases have been coordinated for pretrial proceedings in either the LA County Superior Court or the U.S. District Court for the Northern District of Georgia where the multidistrict litigation (MDL) is taking place (MDL No. 2329). Bellwether trials are set to begin this year.

Legal-Bay has been accepting applications on the Wright Profemur and Wright Conserve Hip implant products. If you are interested in receiving a cash advance today on your lawsuit or would like a free consultation to determine if you have a valid lawsuit claim against Wright, fill out the application on the upper left side of this page or call Legal-Bay’s toll-free hotline at 866.792.0234 where an experienced hip funding agent can answer all of your questions and/or refer you to a top mass tort litigation law firm.

The multidistrict litigation in the U.S. District Court for the Northern District of Indiana began in 2012, and in February of 2014, Reuters News reported a $56 million settlement to its BioMet M2a 38 or M2a Magnum hip replacement system. The settlement resulted in an average settlement amount of approximately $200K per hip case that involved revision surgery. Legal-Bay is providing settled case funding on these cases that are included in the first settlement wave, and pre-settlement funding on any claims still pending.

If you are in need of pre-settlement lawsuit funding on your BioMet case or need to speak to a BioMet law firm in order to be eligible for the above settlement award, feel free to contact Legal-Bay directly by filling out the application on the upper left side of this page or calling Legal-Bay’s toll-free hotline at: 866.792.0234.

Whether you have an attorney or not, or need help finding a hip law firm, and need lawsuit funding on either your Pinnacle or ASR hip case, Legal-Bay is here to help you.

What if you don’t have a lawyer yet?

The good news is that it is not too late to file a Stryker, DePuy, Wright, or Biomet hip implant lawsuit settlement claim just yet, and get the Depuy hip replacement lawsuit settlement compensation amount you deserve. However, since the serious side effects and settlements have now been made public, the time to file a claim for your hip replacement compensation amount is certainly ticking. Legal-Bay strongly advises you to immediately speak to a lawyer to ascertain if you have a claim or not. Due to our direct relationships with many top Stryker and Wright law firms, Legal-Bay would be more than happy to refer you to a national Stryker or Wright law firm. The free consultation will cost you nothing and if they decide to take your case, the lawyer will only be paid if you win.

If you are wondering how much compensation you could get for a hip replacement recall lawsuit and are interested in speaking to a Legal-Bay representative about obtaining a Stryker, DePuy, Wright, or Biomet lawyer, feel free to fill out the application on the upper left side of this page or call Legal-Bay directly at: 866.792.0234 or apply here.